Location of the port

Port Punat is located on the south-west coast of Krk Island and its position makes it well protected from the closed Puntarska Draga. Administratively it belongs to Punat Municipality, and it is located in the very centre of the village of Punat (1800 inhabitants). Punat is traditionally linked to seafaring, shipbuilding, fishing, and sailing, as evidenced by the shipyard as well as Marina Punat, the oldest nautical centre of the east coast of the Adriatic.
Numerous hidden coves, proximity to the neighbouring islands, pebble beaches, and clear waters are an attraction and the reason for the great interest of boaters for berths in the port of Punat.

Current status of the port

Today’s capacity of the port of Punat, which has the status of county significance, amounts to 300 berths over 130 m of operative quays with an ensured supply of electricity and drinking water.

The project of port Punat with 650 new berths includes:

Possibilities and benefits of investment 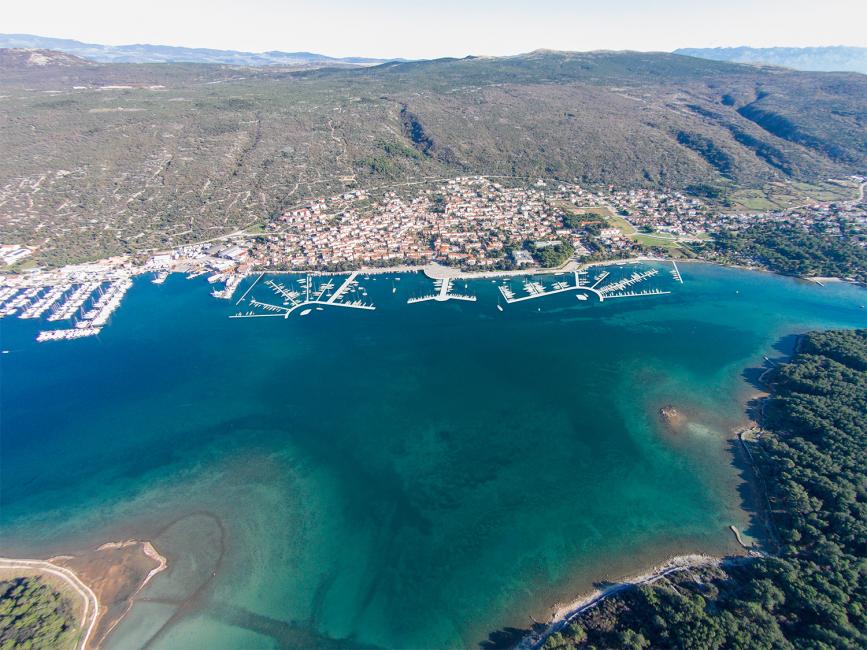